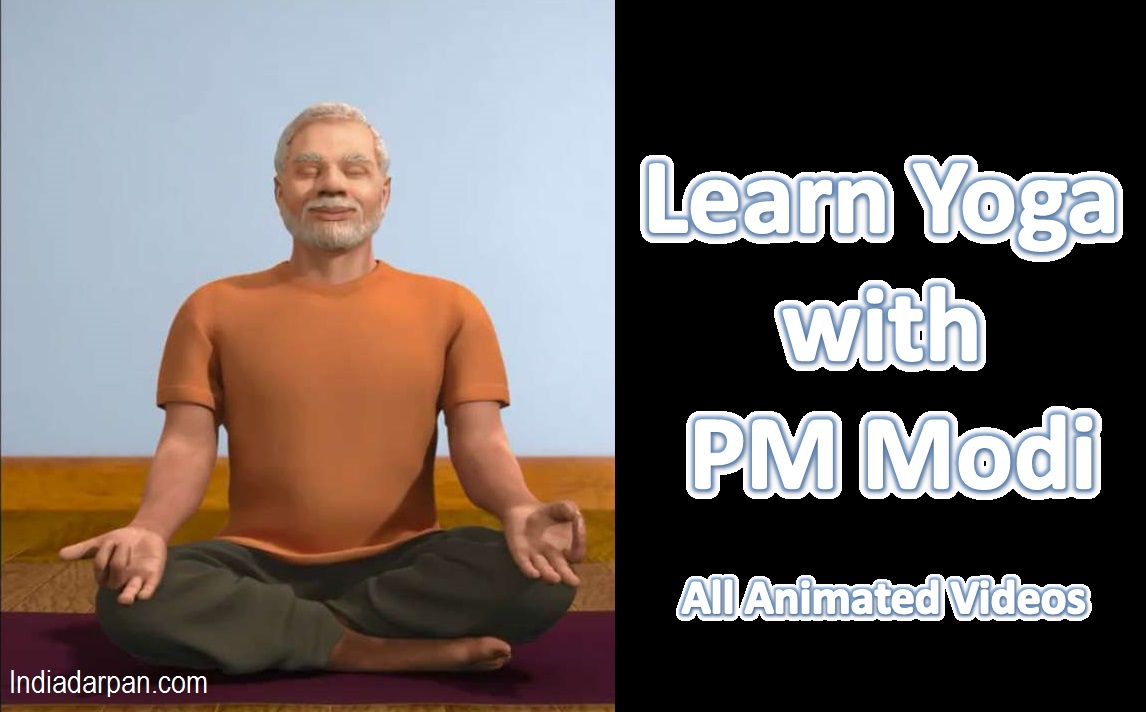 NEW DELHI, INDIA: India’s Prime Minister Shri Narendra Modi posted a video of him doing Yoga Asanas(Yoga postures) in the animated form on Twitter. Animated Videos by PM Narendra Modi are posted ahead of International Yoga Day 2021 on June 21, 2021. Yoga with PM Modi campaign is aimed at spreading awareness about the health and spiritual benefits of Yoga. Yoga Demonstration by PM Modi in the animated format is targeted towards kids and youngsters especially, as our country’s sizeable demographic group consists of youngsters, and a country needs a healthy, active population of youth to succeed on all frontiers.

You can learn Yoga with PM Narendra Modi with the help of these animated 3D videos.

In the series of Special Yoga Videos by PM Modi, we recently got to see him performing Vrikshasana. Modi tweeted the third video from the series with the caption,” How beneficial is Vrikshasana for our mind and body? Let’s see in this video” with the hashtag YogaDay2021.

There are many healing effects of yoga on your mind and body.

As per the video, Vrikshasana is known for not only strengthening the legs of practitioners but also curing arthritis, obesity, lethargy, vertigo, and other medical issues.

Up until now, PM Modi has tweeted 9 videos of yoga to spread the awareness of Yoga to the global level. First, two videos feature asanas called Trikonasana and Tadasana, respectively.

All Animated Yoga Videos Uploaded by PM Modi on Twitter

India has contributed to humanity in many ways, and Yoga is one of those precious cultural gifts from India to the world. However, over the years Yoga has lost its spiritual roots due to its appropriation by the business-minded Western elements who have removed the spiritual part of Yoga, thus limiting it to merely postures.

Yoga is not about fancy, expensive Yoga studios, accessories, or classes. With proper discipline and help of Yoga guru, anyone can do it at any place. To spread this message among the people of the world, the United Nations has started celebrating 21 June as World Yoga Day.

PM Modi delivered a speech in the UN General Assembly, and during the speech he suggested to the UN to take such a move for encouragement, so the UN acted on it. Since then, PM Modi has started to participate in International Yoga Day with thousands of practitioners in the mass Yoga event organized across various cities.

You may like to read about PM Modi’s 1000 Agenda, which is trending these days.

This year as per the sources he is attending the event in Ranchi, Jharkhand.

This year you can start learning Yoga to become a healthy, energetic, and spiritual person. Make sure to ask your friends and family members to join you in this mission. With Yoga, we can build a nation of strong and healthy youth.