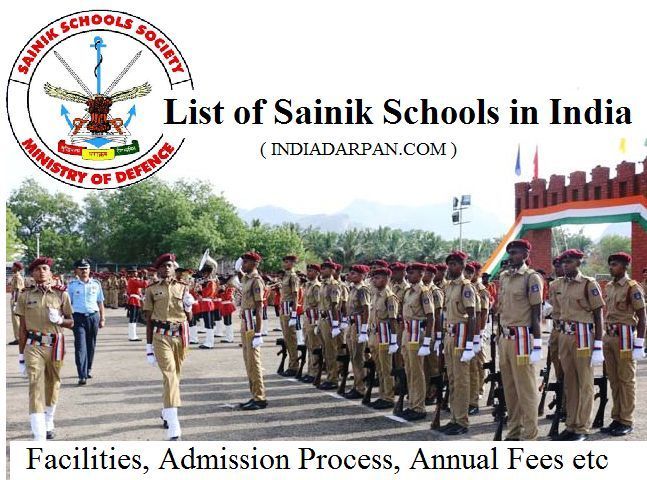 These Schools are designed for the students who want the military education and want to adapt to the same culture. The Rashtriya Indian Military College inspires the Sainik Schools in the Indian states.

The main aim of the Sainik Schools in India is known as the elite educational institutes for providing the top-notch education and groom the potential military personnel.

There are 27 Sainik schools in India, where thousands of students are grooming for becoming the part of Indian Military, Navy and the Air Force. If you are interested in finding the Top Sainik Schools in India, you should know that all are the best ones. None differs in every aspect of becoming the best school in India. 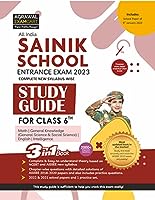 31% Off ₹299.00 ₹205.00 (as of May 22, 2022 15:42 GMT +00:00 - More infoProduct prices and availability are accurate as of the date/time indicated and are subject to change. Any price and availability information displayed on [relevant Amazon Site(s), as applicable] at the time of purchase will apply to the purchase of this product.) 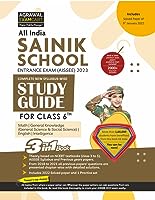 21% Off ₹319.00 ₹249.00 (as of May 22, 2022 15:42 GMT +00:00 - More infoProduct prices and availability are accurate as of the date/time indicated and are subject to change. Any price and availability information displayed on [relevant Amazon Site(s), as applicable] at the time of purchase will apply to the purchase of this product.)

In this post, we will share the list of Sainik schools in India, which you can check and decide if you want your child to enter or not.

There are total 27 in India. The Military sets up these schools in the Indian states and already established the 27 schools. Each state hosts one military school. Here is the complete list of Sainik Schools rank wise which you must check right now.

The Sainik School in Satara city of Maharashtra state is one of the top-tier schools in India. The Satara Military school was founded in 1961 by the Defense Minister Mr. VK Menon. The main aim of this is to physically and mentally prepare the students to enter into the National Defense Academy to become the part of Indian Defense Forces.

The Sainik School in Amravathinagar is one of its kind military school in India. This  was founded in 1962 with first class infrastructure and teaching facilities. Just like any other military school, the main aim is to groom the students to enter the NDA.

The Sainik school based in the hills of Ghorakhal is also one of the best Sainik schools in India. The school was founded in the year 1966 and is based in the Hills of Uttaranchal state of India. This school operates with the sole aim of training young students to join the National Defense Academy.

The School based in the Balachadi of Gujarat state is one of the top Sainik schools in India. With the facilities like 300+ acres of campus area, state-of-the-art classrooms,and the big library, the students get the best knowledge and get ready for joining the NDA to become the Part of Defense Forces.

The Sainik School in the Imphal of Manipur state is one of the first military schools in the northeastern states. The School was founded in the year 1971 by the Indian Defense forces to groom the students for rigorous training years at the NDA.

If you ask me for one of the oldest Sainik schools, then I will nominate the Bhubaneshwar Sainik school. The 1962 Sainik school had the state-of-the-art infrastructure and training center back in the days. Nowadays, it is considered one of the best schools all over India.

The Rewa in the Madhya Pradesh state of India hosts one of the first military schools. The Rewa Sainik school was started in the year 1962 and still produces strong candidates for the National Defense Academy. Some of the students of this school are now the top tier military officials.

The Bijapur in Karnataka State hosts states only Military school as of now. Started in 1963, the Bijapur Sainik school focuses on highly talented candidates for the job in Indian Military, Air Force and the Navy. The School focuses on high-quality education with the sports and other extracurricular activities.

In the year 1961, the Government and the Defense Forces founded the Kapurthala Sainik School for grooming the strong Punjabi Youngsters. This military school does not only focus on physically grooming the candidates, but they educate them with the provided education system for a better future.

The only military school in the State of Rajasthan is known as one of the first five Sainik schools in India. The Chittorgarh Sainik school was founded in 1961 by the Government of India.

This is the second Military school in the State of Andhra Pradesh. The Andhra Pradesh hosts three Sainik schools in India,and all are known for grooming the best candidates for the National Defense Academy. Most of the graduates from this school are made to the top level in the Defense Forces.

The Kalikiri Sainik school is the third Sainik school in Andhra Pradesh. The school is the part of the Defense Ministry and the State Government initiative of providing the military education and making the students aware of the defense forces of India. With the campus of hundreds of acres, this school provides the best-in-class education.

The Gopalpara Sainik School is based in the North-Eastern State of Assam. The Gopalpara school is known for providing some top-notch students who became the officials in Indian Army. With the acres of campus, big library and the teachers to teach every topic, the students enjoy the environment.

Even though the Bihar state is known as one of the backward states in India, it hosts the Sainik school. The Nalanda Sainik school is aimed at providing better education to the students and groom them to become the best military cadets for the Indian Armed Forces.

The Gopal Ganj Sainik School is another military school in the State of Bihar. Just like the one in Nalanda, the School shaped many students and made them successful military personnel. There are many students of the same school working in the Bihar Regiment of the Indian Army.

The Chhattisgarh is one of the most neglected states in India. Even though its one of the newest states, it has the Sainik School. Ambikapur Sainik School focuses on education and sports. The school ensures the proper physical and psychological development of the students and create right mindset to serve in the Indian Armed Forces.

In the hills of Himalayas, the Sainik School of SujanpurTira is located. In the state of Himachal Pradesh, the SujanpurTira Sainik school ensures the students get proper education and get developed to become the right candidate for entering in the National Defense Academy.

Even though the condition in the Jammu and Kashmir is not good, the Sainik school in Nagrota is still running without any problems. The Nagrota Sainik school produces tough candidates, who become the part of National Defense Academy and then save the country from the infiltrators and other threats.

The beautiful city in the Backwaters of Kerala hosts another top Military school in India. The Kazhakootam Military school focuses on high-quality education, the intense physical regime,and the strict environment. The same things make the best students who go on and serve the country.

The Punglwa Sainik School is another gem in the crown of Seven Sisters. In the Beautiful North-eastern state of the Mizoram, the Punglwa Sainik school shapes the students to serve the Mother India.

Amongst all of the Sainik Schools we’ve listened in this post, the Kittur Rani Channama Sainik School is only for the girls. The girls only high school provides the top-notch education focused on the girls and shaped them to become the fierce lady officers in the Indian Armed Forces. This school is only for girls and located in the Belgaum city of Karnataka State.

This is the last one in the North-eastern state of the Mizoram. The Mizoram is the northeasternmost state in India and hosts the Sainik school, which is administered by the Indian Armed Forces and the State government. Although not famous as other schools in India, the school still produces some gems.

The Haryana State is fortunate enough to have the Military school. Being near to the Indian Capital, the Rewari Sainik School is conveniently located near the Armed Forces headquarters. The Rewari Sainik school provides the high-quality education combined with strict physical training and preparing the students for easy entrance in the NDA.

The Kunjpara Sainik School is one of the first five military schools started as the experiment by the Sainik School Society. The school was founded in 1961 by the Then-Defense Minister VK Krishna Menon for training and recruiting the potential Armed Forces personnel.

The Sainik school doesn’t have the open admission concept. These schools follow the Entrance Test model to admit new students. The Admission Test  is based on the General Knowledge, Mathematics, Language and the Intelligence. These subjects are applicable for the admission in VI Standard. For the admission in Class IX, the students have to pass the state with subjects like Math, Intelligence, English, General Science,and Social Studies.

The Sainik School Entrance Exam is conducted in the January month of every year and applicable for every Sainik school in India. The students appearing in this exam can get admission in the Kittur Rani Channama Residential Sainik School for Girls also.

Entering in the these schools is an honor for every student in India. There are many students of the Military school who’ve become the part of Indian Armed Forces and made their name. Not just the Military, but the students who graduate from this school are now successful in other fields like Medical, Engineering,and others.

I hope you learned a a lot with this list of Sainik Schools in India. If you have any doubts or want to share some additional information with us, please comment below.

The 5 Great Indian Scientists and their Inventions – Must Read