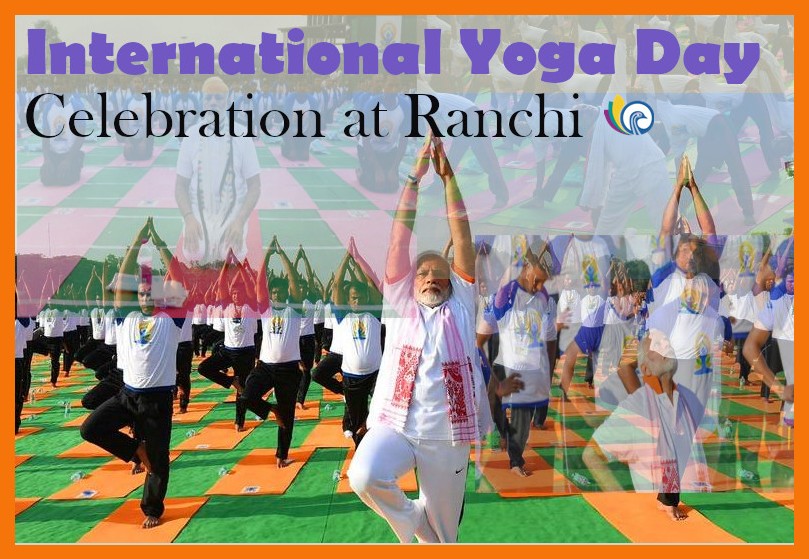 The world yoga day which is on 21st June is getting closer, and people living in Ranchi are most happy about it because the Prime Minister of India Shri Narendra Modi is going to lead the crowd of thousands here.

PM Modi is going to participate with more than 18000 people on the occasion of celebrating the world yoga day. The preparation for this programme has already started to begin since managing such a crowd is going to a hectic for organizers. Accordingly, PM Modi is going to share the stage with Chief Minister of Jharkhand Raghubar Das along with ministers.

In a recent statement, Jharkhand Chief Secretary DK Tiwari said that preparations are made after considering the current situation of monsoon. Since India is witnessing a monsoon season, it will be hard for organizers to hold this event. But it seems like people in Ranchi are more excited about it even if they have to perform yoga in the rain.

PM Modi has already started to promote the international yoga day on his Twitter account by tweeting an animated yoga video every single day. Making sure that people get interested in doing yoga PM Modi is promoting the benefits of doing it regularly, which is the primary reason why people are getting more excited about it.

Not only In Ranchi but also in other nations also the world yoga day is getting massive attention. In Abu Dhabi, the event is planned to be held at Umm Al Emarat Park at 7 p.m. on Thursday. In this event, thousands of people are expected to come who are going to be provided with free yoga mats and T-shirt along with other accessories. PM Modi took lots of efforts to promote the benefits of Yoga, and he convinced the UN to make it an official because of which now all around the world 21st June is celebrated as International Yoga day.

Navratri in Vadodara : Here is Everything You Should Know