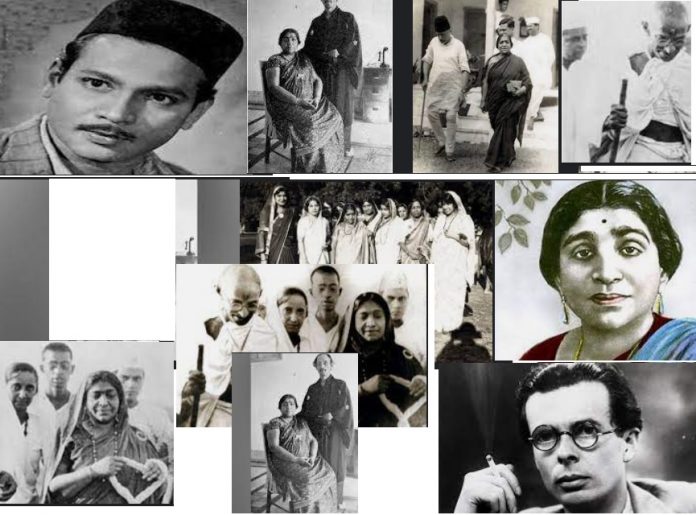 There are a certain people who leave imprints on the world owing to some or the other significant reasons. One such person that made his every appearance and made the science world glorious was, Muthyala Govindarajulu Naidu. Not only was his professional life a great success but his personal life was something delightful to cherish as well. People are definitely known for the success and victories they garner in their life, but, they are also known for the virtues and ethics they are guided by. And, when talking about this, no one can forget the name of this legendary man, Muthyala Govindarajulu Naidu. Apart from this, what made him different from the world, and has a well – known significance is, as the husband of India’s nightingale, Sarojini Naidu.

Let’s dive in to know some more substantial details about a humane personality and successful scientific persona Muthyala Govindarajulu Naidu:

Muthyala Govindarajulu Naidu was born in Hyderabad in 1868. He studied in Christian College and then Bachelor of Medicine in Medical College in Madras; proceeded to England for Masters in Surgery and joined the University of Edinburgh, and was an excellent child in studies. It was there that while Sarojini was studying in England on a scholarship granted by Nizam, she met Muthyala Govindarajulu Naidu, a South Indian, and a physician and a widower who belonged to a different caste but a socially advanced one and fell in love.

After returning to India, she married him at the age of 19. They were married by the Brahmo Marriage Act (1872), in Madras in 1898 that allowed inter-caste and inter-provincial marriages as such marriages were under high social scrutiny in that era. They had four children (although everyone except Nilawar & Ranadheer survived until adulthood) Ranadheer Naidu, Padmaja Naidu, Jayasurya Naidu, Nilawar Naidu, Leelamani naidu.

Muthyala Govindarajula Naidu joined as the State service Medical Officer, Imperial Service Troops, 1892 in Hyderabad; became P.M.O. of all the Nizam’s Regular Forces; He later held several posts such as Lecturer on Medicine, Hyderabad Medical School; Vice-President, Hyderabad Medical Association, and Member of the Committee of the Nizam’s State Library.

During his lifetime, he toiled again for ordinary being’s integrity, earning him true recognition for the sincere as well as honorable actions.

Muthyala Govindarajulu Naidu’s wife, Sarojini Naidu was a writer, independence warrior, campaigner, public speaker, and bureaucrat known as The Nightingale of India, is the decade’s most renowned and beloved figures. Sarojini Naidu became amongst the foremost women to fight for the nation’s succession from the clutches of the British rule. She started her political journey by being the initial woman president of Congress. She is acclaimed all around the globe due to the multi -talented person she was, from being a poet who penned down her emotions in favor of the country’s wellness together with working on the forefront for its well – being.

Last but not the least it can be clearly taken into account that his entry to the world of science was a boon for the scientific world, but his sincere and humble deeds made him a good human being, for which he is widely renowned. He witnessed varied ups and downs in his life owing to the professional life but what made him stand out from others was his unbeatable and sheer resolution to do wonders. Other than this, Sarojini Naidu’s support proved to be other jewel in the crown. When it comes to seeking inspiration this lesser known yet respected person can be sighted as the perfect example.

Credits : Thank you Lakshmi Vasuda Kota for providing us information about such a great personality.

Statue of Equality Wiki – Everything you should know