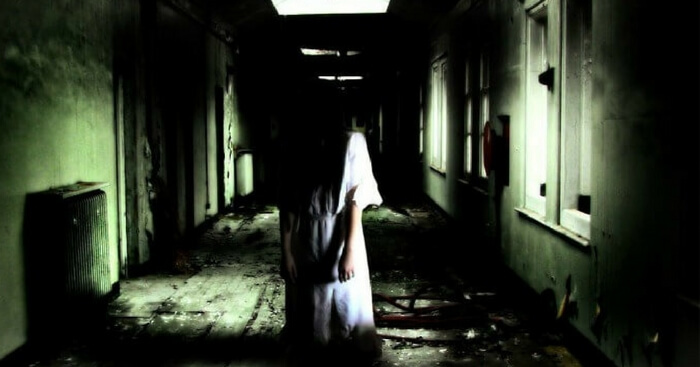 Since childhood, we have been scared by stories of ghosts, who wouldn’t be? With age, we mature, but that fascination with the stories of haunted places still thrill us. That’s the reason horror movies, tv shows, and books have a vast audience. However, something is thrilling about actual horror stories and haunted places that entertainment mediums cannot fulfill. Every state or town has its legendary haunted places, with no way to authenticate them though. These stories age like a fine wine with time. Some stories age so well that the place’s name becomes synonymous with the haunting. If you are one of those people who enjoy reading such haunted places you’re at the right page, we have created a list of top 5 haunted places in Rajasthan.

If you want to know about most haunted places in Rajasthan with pictures, make sure to read this article and share it with friends for fun(and scare them).

The first place in this list is one of the scariest places in India. Rana Kumbha Palace of Chittorgarh is a place even natives of Chittorgarh do not dare to visit during the night.

History: The history says that Maharani Padmini committed Jauhar(self-immolation) along with hundreds of women to protect their dignity from Alauddin Khilji. Many people have heard the screams of women asking for help to save their empire from the barbarian Khilji.

Scary incident: One of the scariest incidents related to this place happened slightly over a year back, a group of some enthusiastic youngsters had set up their camp in the palaces during the night to check if the paranormal activities are taking place there. The group heard a voice of a lady asking for help while they were exploring the passageways, soon as they turned around to see who it was, they saw a woman in royal attire with a burnt face.

In our list of haunted places to visit in Rajasthan, Kuldhara is the second place. This place is believed to become barren desert land due to a curse a minister in the court received.

History: This place become a barren land because its residents left it in the 1800s. It received an eternal curse. As per the legend, a minister from the king’s court was forcing a local girl to marry him, and when she resisted, he threatened her family to take her forcefully. To avenge him, the villagers left the place and cursed the land to be barren forever.

Scary incident: Paranormal Society of Delhi looked into the matter to check if there was anything paranormal to be found, and to their astonishment, they found voices of dead villagers in the recorders, scratches on the car and footprints on the mud.

History: As per the local legend, Princess Ratnavati of Bhangarh was very famous for her beauty. A tantric from the village was charmed by her beauty, and he decided to do black magic to make her fall in love with him. When the princess came to know of this conspiracy, she imprisoned the tantric immediately, which ended up in the death of that tantric. Before dying, he gave a curse to the fort that no one will ever be able to live in that place peacefully. Since then various unfortunate things took place in the fort which eventually led to abandonment by villagers.

Scary incident: Some daring youngsters have tried to spend a night at the place and have said to witness strange noises, shadows, and shouting of the dead tantric.

Sudhabay is another place on our list. However, it isn’t a haunted place by traditional standards. However, every year a ‘Ghost Fair’ is held there, people from all over the country come here to get rid of evil spirits that are bothering them, or possessing them. If you take a bath in the holy water well, your evil spirits will spare you.

Scary incident: Mass exorcism happens during that fair which is spooky enough for us

There are at least a dozen such haunted places in Rajasthan, but we recommend you to visit these first to get the experience of both tourism and paranormal activities.

Places In India that Glow in the Dark

Best and Cheapest Place to Live in India