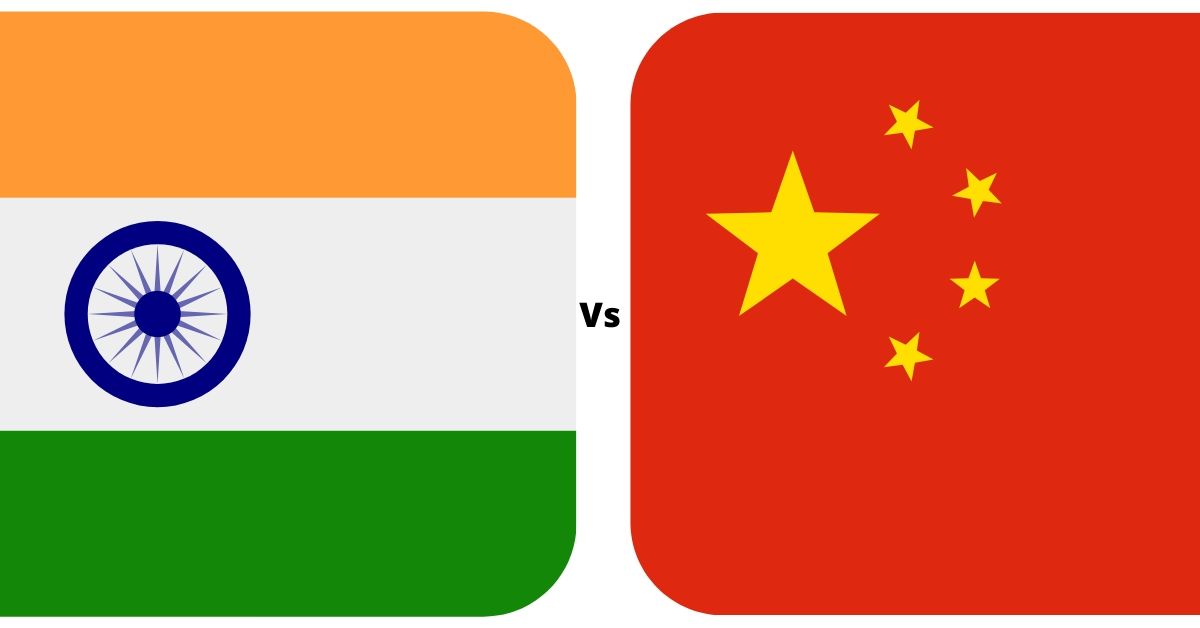 Is it going to be yet another India vs china war? If yes, then can India defeat China in war? Who will win the war between India and China? These questions are running all day long on everyone’s mind due to the standoff between both the countries over the Galwan Valley.

India and China have locked in an intense faceoff in Ladakh, and one of the first incident of violence to be reported over five decades. The editor named Hu Xijinof the Chinese communist party, Global Times tweeted that, “Indian society needs to get rid of the two misjudgments:

The clash at the Galwan valley is the first-ever massive standoff after the clashes of the Nathu La in 1967 when India lost about 80 soldiers by killing over three times more, to be precise 300 soldiers were killed on the China’s side.

This time India has taken a strong and difficult decision under the banner of very keen and intelligent leader Mr. Narendra Modi, who knows how to deal with the insurgence and content them in all the fronts.

Chinese personals have been claiming exaggerated and untenable claims in order to stop the construction of the 60-meter bridge which is of four kilometers east of the Shyok and Galwan rivers.

The following bridge connects the narrow regions of the Shyok Daulat beg Oldi road, making it a faster route of the Indian troop’s movement in the area and reaching the hotspot quickly in case of emergency.

That being said, the bridge was the main reason behind this sudden aggression by China’s People’s liberation army which instigated these two months of intense standoff and still tensed standoff between the two armies.

Be that as it may, if the things escalate, is India ready and capable of containing the Chinese People’s liberation army? If all the cards are played correctly then in that case YES! India can India defeat China in 2020 and has the capability to withstand China.

China’s people liberation army ground force (PLAGF) holds around 1.6 million active service troops, while on the other hand, the Indian Army stands at the 1.2 million soldiers. Even after that such numbers, positioning plays a crucial part in any war and that falls on India’s side.

India successfully holds a higher ground and it is said that Indian armies are one of the most experienced and lethal arms forces when it comes to fighting on the higher altitudes.

That being said let us understand and consider the various aspects and understand the true nature of both the countries.

India vs china military strength in 2020:

When it comes to, who’s got more upper hand in destroying a country with nuclear missiles, both the countries stand on the same ground and can destroy each other completely in seconds.

India owns around ten Agni-3 launchers which can reach the entire china mainland and eight Agni-2 launchers that can reach the central Chinese targets. But India has a doctrine in keeping the arsenal in secrecy making it more lethal and may pose deadly when it comes to second-strike capabilities.

But when it comes to numbers than china holds an estimation of around 104 nuclear missiles which strike almost all the parts of India.

The Indian army has a total availability of around 2,25,000 personnel. If segregated then in the china facing northern region around 34,000 troops, central region around 15,500 troops and in the eastern region 1,75,000 troops which are already ready and can march any give moment.

Nevertheless, Chinese numeric figures are also fairly close. Still, there are many other factors that can play an important role, to cite some, the Indian army is experience and battle-hardened in nature after the 1962 Sino Indian war. India has fought the Kargil conflict in the year 1999 and faces many proxy wars and strife, all thanks to Pakistan and its terrorists.

Western troops constantly taking part in the wargames and exercises regularly making it more actively adaptive and focused. While on the other hand, the people’s liberation armies the last conflict was the Vietnam War in the year of 1979 that was triggered by Vietnam’s invasion of Cambodia, where it faced a great loss from the hardened Vietnamese which were already battle-ready after the war with the US.

China is nothing different from India, India facing once side Pakistan and on the other side china and Nepal as well. While China as well faces a threat from all the directions, for example, china takes a great deal of threat from the US military deployment with Central Asia as well as some of the internal insurgencies in the areas like Xinjiang.

The Indian Navy is can be considered as a capable and balanced marine force, packed with of about 137 ships and submarines as well as 291 aircraft under its wings.

In case of any multifront assault scenario, India can confidently enjoy the rate of five to one quantitative advantage over china. Indian geography also provides the worlds largest democracy with the more secure commanding position advantage in the northern regions of the Indian oceans.

However, China is giving a hard contest over its dominance in the Indian Ocean, with the help of Sri Lanka’s Hambantota port, in Pakistan Gwadar as well as malacca strait in the westward naval foray.

The Indian air force (IAF) has an estimate of about 270 fighters and around 68 ground attack aircraft which are positioned across the china facing northern, central, and eastern commands.

India is currently focusing on expanding the network of advanced landing grounds also known as ALG in order to provide a staging and create a hub for aircraft strike mission logistics.

All the ALG are permanently situated close to the china’s border, making it ideal for instant mobilization as well as limiting the idea of successful Chinese cross border advance.

China owns a J-10 fighter which is technically more like India’s Mirage-2000 and it can also be said that the Indian Su-30MKI is superior and more advanced than all the Chinese fighter jets, including the J-11 and Su-27 model.

Even numerically, India holds a clear advantage, as such china holds 101 4th generation fighter planes while India holds around 122 fighter jets in total.

India and China both are powerful in their ways and have the ability to destroy each other in a blink of second, let hope it doesn’t escalate this far.

The “Jio Phone Next” – Everything you need to know

The “Jio Phone Next” – Everything you need to know