The central government of India is trying to make lots of awareness about the benefits of going digitized. Now that’s the main reason the Modi government launched a digital India scheme under which they are making some revolutionary changes. One of the key pillars of digital India is an early harvest program. When a government needs to make some significant modification, they need to implement schemes which will cover every area and ring benefits to the ordinary people. Early harvest scheme is one of the fundamental pillars of digital India, which is aimed to bring digitalization into traditional platforms of the government of India.

As mentioned above, there are many projects which the government of India is trying to implement under the early harvest programme. Here’s the list of those projects and the necessary changes it wants to bring.

IT Platform for Messages (Sampark)

Government Greetings To Be E-Greetings

The ministry of communication launched this platform on 14th August 2014 to interact with general people. This portal has lots of collections of designs in there which are used by the Government of India to greet people on special occasions like Independence day, republic day, etc. The honorable prime minister of India sent the first greeting on 15th August 2014 to more than 32 lakh users, and since then this portal has been used on many occasions.

Digital India also focuses on security of its database, which is the main reason why they have brought this scheme. Under this program, a system of secured email has been established to increase the usage of email within the government system. Cyber crimes have always been a headache for the government of India departments and securing email services within government departments is the best way to overcome that problem.

Government of India is trying to build standardized templates which are going to used by them to greet ordinary people. Under this scheme, greeting templates are going to develop by the government in such a manner which will carry the intended message to users in an efficient way.

The government of India under digitalization scheme have allowed the access of The National Portal for Missing Children to MWCD, MHA, police, child care institutions, child welfare committee, etc. This portal has been upgraded by allowing users and other departments to register their complaint of a missing child through web-based application also. A person would also get a notification through email or SMS if police found anything related missing child.

To provide free internet access to the general public government of India has taken the initiative to distribute free Internet to them by launching public wifi hotspots. Under this scheme, the public wifi hotspot has been launched at railway stations, cafes, markets, educational institutions, metro stations, hotels, airports, parks, and other public places. The goal here is to provide the best quality of internet services to a large number of people.

School Books to be eBooks

Ministry of HRD/ DeitY has taken the responsibility of converting all school books to be eBooks. The purpose of this scheme is to eradicate the burden of carrying large books faced by small children. The government thinks by giving access to an ebook version of every school books; small children might get some relief.

All the information about weather or any disaster alerts is going to be sent to those people who are under the central governments Sampark database. This new scheme will provide the necessary information about what’s happening around them via SMS alerts

The early harvest program got lots of good response from all the experts since they think it’s one of the best decision for the central government to help people by using digital media. Early harvest program is just one component of Digital India pillar.

So this is the necessary information which everyone needs to know for understanding all about the early harvest programme. Even though the program is still going, it will take lots of time for the government to implement every scheme successfully. If you have any doubts or opinions about the ongoing project of Central government, then leave us a comment which might help other readers also. 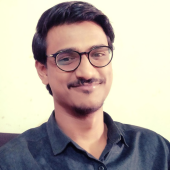 Venkatesh Joshi is one of the members of our content masters team. He is a CA student who has an interest in business, finance, and current affairs still; he likes to share his love for writing (sometimes). He has been working with us from a very long time and helping our readers on Indian Darpan from the very beginning. Article 370 : Top 8 Facts About Article 370 That Every Indian Must Know