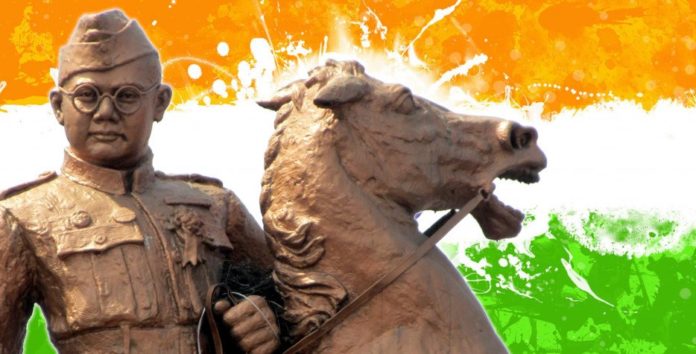 Parakram Diwas is also popularly known by the name “Bravery Day”. This wonderful day is celebrated in an incredible country India on 23rd January every year. This Prakam Diwas was introduced to the country by the Indian government in the year 2021 on the occasion of Netaji Subhas Chandra Bose’s 125th birthday.

So, on this day people remember Netaj Subhas Chandra Bose, and celebrate the Parakram Diwas or the Bravery Day on a great level. As the Parak Diwas is celebrated by remembering Netaji’s, people remember how strong he was, and how selflessly he served the nation.

Keeping all of his services into consideration, the government of India decided to celebrate Parakram Diwas so that the country can remember about him, especially the young generation of the country.

No matter how thankful we are to Netaji to serve the nation, it is quite less, and no-one could have made it possible, what Netaji has done for the country.

Moving ahead, let us see some of the Parakram Diwas quotes that you can share with your friends, and celebrate Netaji’s birth anniversary:

Who doesn’t know about Netaji Subhas Chandra Bose? He was the bravest man in the country who took birth on 23rd January 1897 and took his last breath on 18th August 1945. He served the nation by being an Indian nationalist, and he did his best to free India from the Britishers during World War II. For fighting against the Britishers, he took the assistance of Nazi Germany, Imperial Japan, and succeeded.

Bose ji, in the year 1942, was applied to Germany by the soldiers of India who were working with the Indische Legion, and by the Indian officials who was working in the Special Bureau for India located in Berlin. Bose Ji’s inspiration was Jawarharlal Nehru who was serving the leadership in a younger wing of the Indian National Congress. Later, in the year 1938, he was selected to be the President of the Congress party.

We salute our honorable Netaji Subhas Chandra Bose, and we are thankful to him for all his deeds.

Meaning of 108 in Hinduism | Scientific Facts