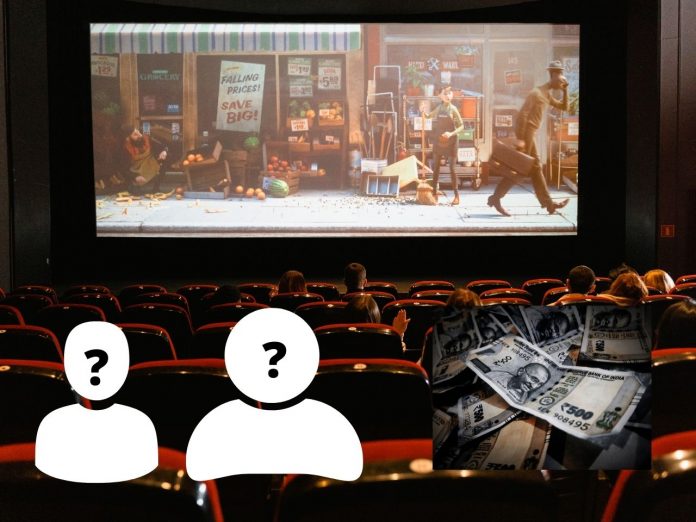 Which is the last Bollywood movie your heart is set on? Or who is the best actor Bollywood ever had? These are some of the questions; we know the answer to without pondering over a second time. But, when it comes to knowing who is the producer laying the foundational stone of the success of a movie, certainly things are not known! But, one thing which curates everyone’s interest is, with Bollywood being a home to millions and trillions, who is the richest movie producer in Bollywood! Not known? No worries, this article will provide you with an information about the richest film producers in Bollywood that are currently operating and what makes them so rich. There are many producers who have created a niche for themselves in the Bollywood industry. With movies being a legacy, India has managed to be a hub of movies! The Bollywood films are one of the biggest contributors to Indian economy. Bollywood films have been able to grow and make a mark on an international level, so let’s venture into knowing who the back players are!

What is film industry all about?

Film industry is an entertainment industry and it has a major contribution to the economy of India. It generates employment for many professionals and it also focuses on the social, political and economic aspects of the country. The film industry is a field of opportunity for so many people. It has various job opportunities like directors, editors, cinematographers, sound designers, singers, actors and so on. The Indian film industry can be broadly divided into 4 parts. They are Hindi cinema (Bollywood), Tamil cinema (Kollywood), Telugu cinema (Tollywood) and Malayalam cinema (Mollywood). When we talk about richness in these industries we often hear names like Shah Rukh Khan, Salman Khan and Amitabh Bachchan but there are producers who are very rich in these industries too. We are going to look at some richest producers in Bollywood in this article.

What is the importance of bollywood in the present India?

India is a secular country where people have different tastes when it comes to entertainment. Some like watching movies from South India while others prefer watching movies from North India or Hollywood movies from America. Bollywood is a Hindi movie production company located at Mumbai which produces high budget movies every year. The film industry is not just a mere entertainment industry but is one of the biggest economic contributors in India. The film industry generates employment opportunities and revenue for the government by way of taxes.

Indian cinema has witnessed many changes in the past century. Many regional cinemas have also gained prominence over the years. But Bollywood, the Hindi cinema with its wide influence across the country, remains the most popular among all. Bollywood produced more than 2,000 movies every year. This is more than any other film producing country in the world.

With a number of movies coming onto the big curtain, the crew behind its success plays a prominent role, and the lead role definitely goes to the producers, who are there from beginning to end and in the highs and lows. Hence, here we have a list of the richest producers in Bollywood, go ahead and know more! Given below is a list of 5 highest-grossing producers of Bollywood:

Karan Johar – one of the richest producers in Bollywood

He has worked as an actor, director, producer and scriptwriter. He has received several awards for his outstanding works including Filmfare awards, IIFA awards, Screen Awards and Guild Awards. He is best known for his work as a director in ‘Kuch Kuch Hota Hai’ and ‘My Name Is Khan’. His net worth is estimated to be around $227 million. Karan Johar is known for bringing to limelight some of the best movies of the sensation owing to a bundle of capabilities and skills he has!

Gauri Khan is also in the list of richest Bollywood producers

She is a film producer and an interior designer by profession. She is also a co-founder of Red Chillies Entertainment along with her husband Shah Rukh Khan and Juhi Chawla. Other thing to take into note is Red Chillies has a net worth of more than Rs. 500 crore despite it being one of the youngest media house the country is hub to. Though, with the number of pictures done, they have managed to secure a good place!

As a performer, Aamir Khan seems to have a basic framework. Aamir Khan began acting in 1973 and remained in the profession for 26 years until establishing Aamir Khan Productions. Aamir Khan’s expertise has resulted in numerous of mainstream successes which are well both within and outside of the nation. Amongst his most well-known films include Lagaan and Dangal which took the breath of people away, though surely with his remarkable acting and plots. These hits swiftly earned him a position in the list of Bollywood’s wealthiest filmmakers. Back two years, Aamir Khan’s personal wealth is estimated to be approximately $150 million.

Despite facing a substantial drop previously this year, Anil Ambani personal wealth continues to impress, as he remains one among Bollywood’s wealthiest filmmakers. In actuality, his individual financial status is believed to be around $15 million, whereas company the, Reliance Group, that he created in 2006, is assessed at $240 million. Reliance Entertainment, a branch of this corporation, has become one of the wealthiest production firms in Bollywood. Furthermore, Reliance Entertainment is involved in a variety of sources of entertainment, not simply films. These have recorded songs and offered athletics and game activities. Anil Ambani’s producing company also produces movies in various other languages, which make them earn a renowned name among people with a number of different cultures and heritage.

Ronnie Screwvala – Richest director as well as producers in Bollywood.

Ronnie Screwvala, Bollywood’s wealthiest director, has arrived! The 57-year-old entrepreneur founded UTV Company, which had been Walt Disney India. Ronnie Screwvala had traditionally considered India’s wealthiest filmmaker, not just within the Bollywood sector. Ronnie Screwvala’s income is estimated to be approximately $1.27 billion. Ronnie Screwvala generated a series of films for both the national and international market. With his success being the most in this industry, one thing is sure, with hard work and perseverance being your tools for climbing the success ladder. Hence, Ronnie is the richest Producer in India, making the film industry known after his name!

The Bollywood film industry is legal and legitimate. Most of the movies are based on real-life stories and events. The Indians love watching the movies and it is a part of their entertainment. It is not only limited to India but has fan following in all parts of the world. The Bollywood movies are famous for its songs, dance, drama, and action scenes. All the stars and actors/actresses are loved by people all over the world. Bollywood is the nickname for the Indian film industry, based in Bombay (Mumbai since 1995), which produces hundreds of feature films every year. Although India produces more films than any other country, only a small number of its films are known outside its borders. A typical Bollywood movie combines all elements of fiction: it is an action movie with a love story, drama, comedy, and music and dance sequences – making them shorter than most Western movies. So, we are sure that the above article must have told you a great deal about, the richest producer in Bollywood and their net worth. A thing which matters the most is victory come to those who work for it endlessly and flawlessly!

Most Popular BTS Member in India – Who & Why ?