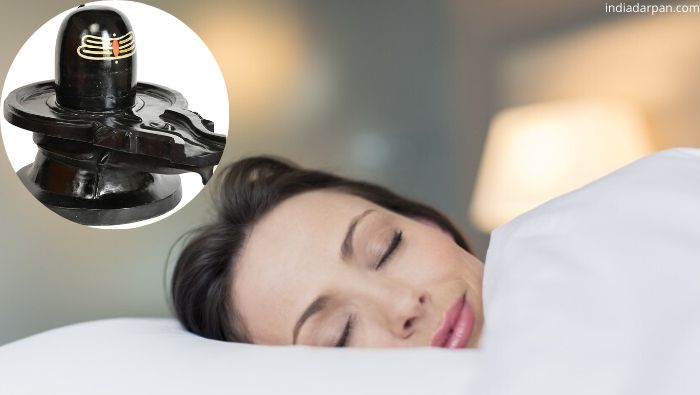 Dreams may be of various types: pleasing, disturbing, terrifying, frightening and even unreal. Dreaming is the human tendency. Nobody remains untouched by the dream world.

Well, there are some people out there who are always looking for meanings of their dreams either online or offline. These people are always curious to know about their fate and fortune which they believe depends upon their dream.

Do Dreams have Meanings?

No doubt that all dreams have meanings. In some cases, when our dream is only a result of our imagination, there might not be a reason but most of the time, yes, dreams do have meanings.

Dream interpretation is a career in demand these days. People are earning a great profit by interpreting other’s dreams into a meaningful forecast.

Understanding the meaning behind your dream can be a dent in your pocket. Wait! Don’t worry because here, we interpret dreams for free. You will find the meanings of all your dreams on our website for free.

Who is Lord Shiva ?

In Hindu Mythology, Lord Shiva has been given the highest position among all gods. He is also known as Neelkanth due to his blue throat.

Lord Shiva is known to have swallowed poison and it is still there in his throat which is why the colour of his throat is blue.

Another reason for Lord Shiva’s greatness is his hold of the holy river Ganges. The river’s flow had been so furious that before sending it on Earth, it needed to be controlled else it could sweep off the planet. Lord Shiva turned out to be a boon and decided to take the flow of the river into his hair.

Here are some of the possible interpretations of dreaming about Lord Shiva:

A Shiva Lingam dream can have the following three meanings:

There is this one story about a temple where a man had a dream about some God and during that dream, he started sleep walking and dug out in a nearby area. There, he found a portrait of the same God he was dreaming about. A temple was being constructed in that area and is of great importance even today.

So if you had a dream about Shiva Lingam, maybe you need to look around and see if there is any evidence of something like that. Maybe you will be the initiator of a temple.

Every dream can have various meanings. It depends upon which one suits you the best. Say you dreamed of Shiva Lingam but there is already a temple nearby so you don’t have to initiate a new one’s construction. Then it clearly means that you need to go and bathe the portrait with milk. If there is no temple nearby or any evidence of Shiva Lingam as well, maybe it is just a good sign of prosperity and a clear way. Maybe lord Shiva is just telling you that all your problems have been cleared.

Always look up for what you can find from your dream and think in the positive direction rather than a negative one.